The Vanuatu Volleyball Federation has been informed the Continental Cup Olympic Qualifier tournament, scheduled for mid-December in Fiji, has been postponed amid concerns by the Fiji Government and sporting authorities surrounding the measles outbreak in Samoa.

The decision has been taken as the Fiji Ministry of Health has appealed for constraint around local and regional travel and any large gatherings of people at events.

The Continental Cup tournament, a key element of the Olympic qualifying pathway for Beach Volleyball in Oceania, will go ahead early in the new year at a time and place yet to be confirmed by Oceania Volleyball.

Vanuatu’s senior women’s teams have been training hard towards this event and will continue to do so through December and the Xmas and New Year period.

VVF President Debbie Masauvakalo, while disappointed not to be playing as planned, is quick to acknowledge the necessity of this decision given the serious health emergency currently affecting the Pacific.

VVF will keep its supporters and the broader Vanuatu community informed when a decision is made as to the new arrangements for this crucial Olympic qualifying event. 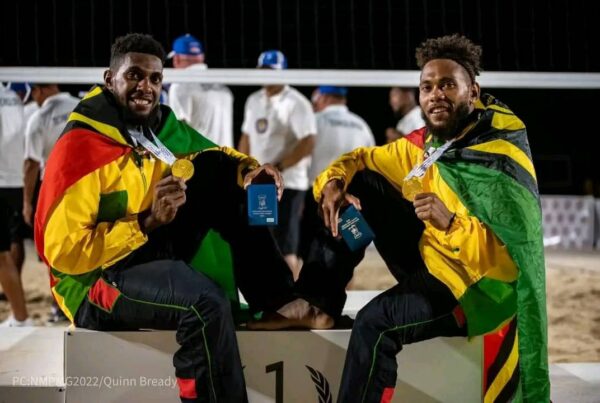