Vanuatu has finished second in the New Zealand Beach Volleyball Tour Finals weekend tournament at Mt Maunganui on the north island on Sunday.

Loti Joe and Linline Matauatu stormed through their Pool matches and the quarter final on Saturday without dropping a set. The semi-final proved to be a tougher contest on Sunday morning, but still saw them push through to the Final with victory in three-sets.

The final was won in two straight sets, 21-18 21-18, by New Zealand’s number one pair of Julia Tilley and Shaunna Polley, in a hard-fought contest on the shores of the Pacific in bright, sunny conditions.

It was a good result for Matauatu, who has only recently returned to international competition after time off for the birth of her second child just six months ago, partnering with Joe with whom she has a strong record, having won the Gold medal at the 2017 Mini Pacific Games in Port Vila. 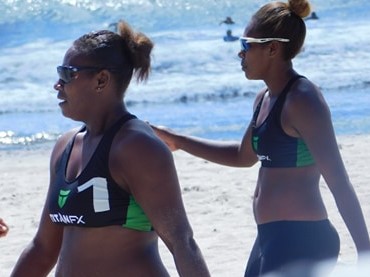 Supporting the pair from the stands at Mt Maunganui Beach were Vanuatu’s own top pair Miller Pata and Sherysyn Toko who travelled to New Zealand as a part of the squad on Friday to begin a big week of competition for Team Vanuatu. 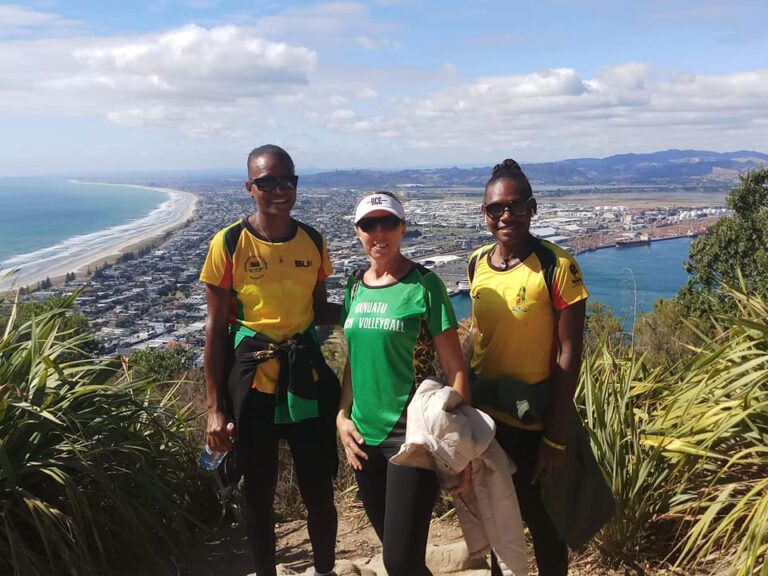 Vanuatu will be one of four Oceania teams participating, joining New Zealand, Solomon Islands and Tuvalu in the bid to be the one team which goes straight into the Continental Cup Final in late June. The team which places second will advance to the Cup Semi Final to be held in early June.

This event was originally scheduled to take place in December in Fiji but was postponed due to concerns over potential health risks following the outbreak of measles in parts of the Pacific region late last year.

The tournament is the first of three which form the qualification process for just the one successful team from the Asian Volleyball Confederation zone – under which Oceania Volleyball falls.

Updates on the progress of Team Vanuatu this week will be published on all VVF media platforms, keeping the Vanuatu community informed as to their progress in what is the first major element of the team’s Olympic campaign.