It has been a big week for our Youth Development program with sisters Chantale Willie and Pascaline Nalmen winning the Yeiwene Cup in Lifou, New Caledonia.

The girls have participated in the beach volleyball competition as a part of a multisport event hosted by the Province des Iles Loyaute.

Vanuatu’s participation in events such as these with our French Pacific neighbours is the result of a Convention signed between VASANOC, the French Polynesian Olympic Committee (Tahiti) and the NOCs of Wallis & Futuna and New Caledonia. The agreement underlines good relations and a collaboration to encourage strong sporting relationships between all four entities and VVF is very grateful for the inclusion of beach volleyball among the sports often in the fixture and for the regular invitations to our youth development players to participate. 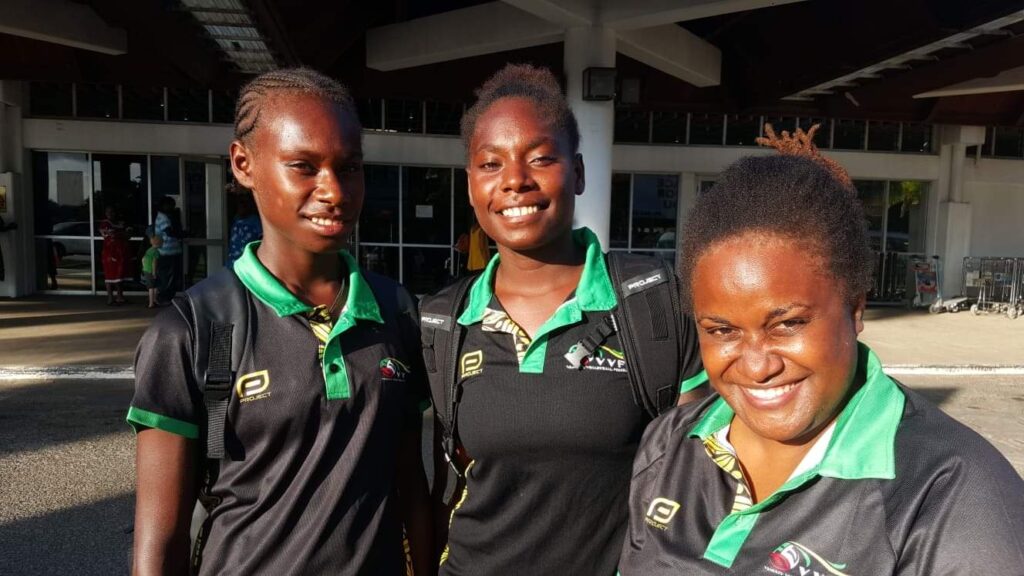 Team Manager Lucyan Peladjee Maho escorted the girls across the water on Sunday and the week has been filled with strong competition such as we have come to expect from New Caledonia players, especially those from the Loyalty Islands where beach volleyball talent is in abundance.

Team Vanuatu lost just one match for the tournament and took the final in two straight sets on Thursday morning.

Maho said the girls were very excited with their win and grateful for the opportunity to return to New Caledonia where both have played in similar tournaments previously.