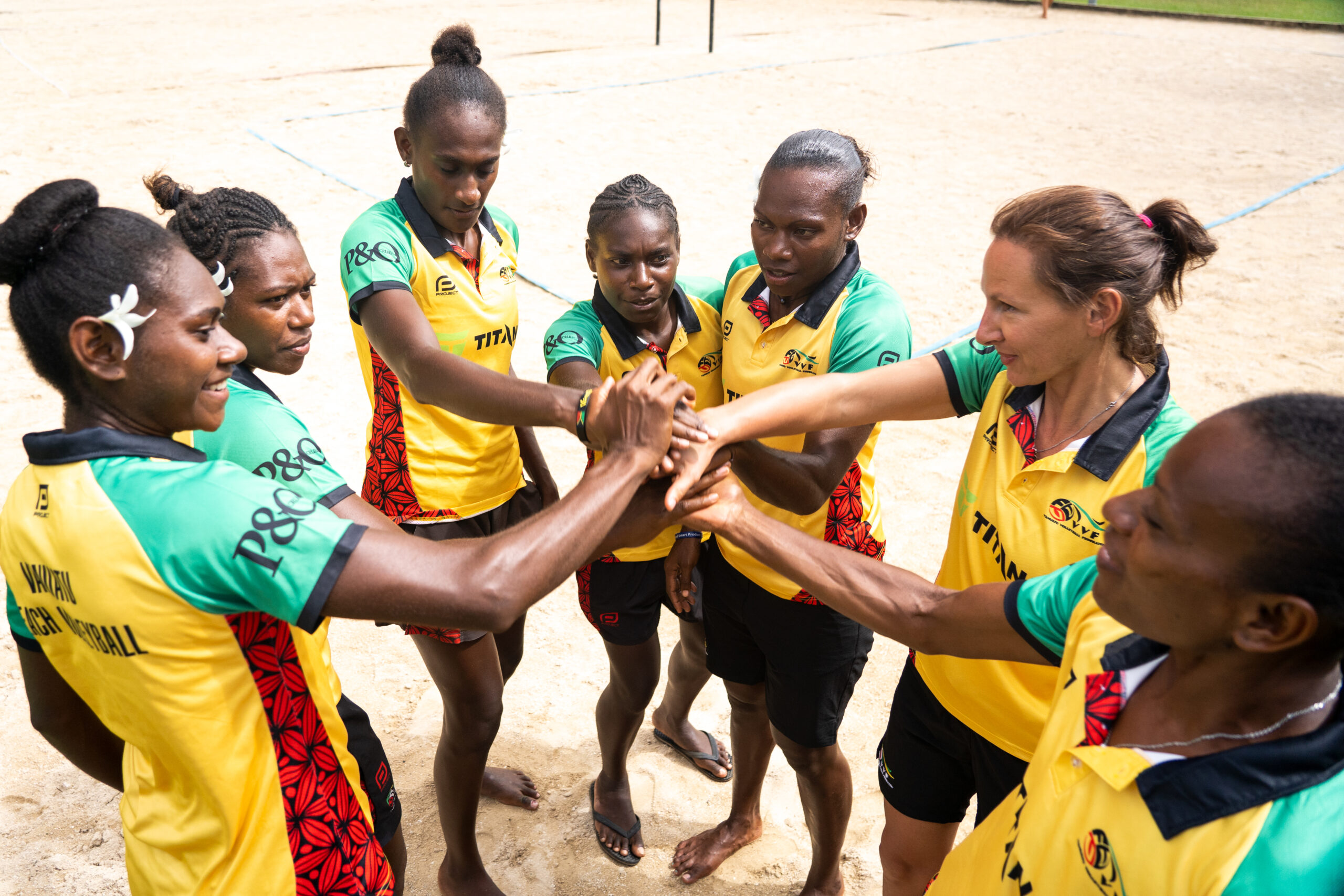 Olympic qualification hopes for the Vanuatu Women’s Beach Volleyball team ended on Friday in Thailand, after an opening round loss to Japan at the Asian Volleyball Confederation Continental Cup Final.

The lead pairing of Miller Pata and Sherysyn Toko lost the first set by just two points, 19-21 before hitting back with determination to reverse the scoreline, 21-19 in the second set.

However, Japan’s Hasegawa and Futami burst out of the blocks in the deciding set, taking an insurmountable lead and eventually seal the win 15-7, dashing long-held Pacific dreams yet again.

Vanuatu’s second team of Loti Joe and Bella Lawac played their match simultaneously on the adjacent court and found the Japan pairing of Chiyo and Sakaguchi too strong on the day, losing in straight sets 10-21, 17-21.

This was the third attempt at Olympic qualification for Vanuatu Volleyball and an important one for veteran Miller Pata, who is one of Vanuatu’s leading athletes and considered to be the Queen of the beach volleyball court in the Pacific and only just missed out in getting to Rio in 2016.

Her young partner Sherysyn Toko, took to social media after the defeat, crediting Pata with being her mentor and inspiration as a female athlete from the Pacific.

Words of support also came from the Vanuatu Chef de Mission for Tokyo2020 Williams Worwor, who is also a member of the VVF Board.

“We are very hopeful the experiences they have gained, puts them, especially the young athletes, ready for their next games. But the whole of Vanuatu is (of course) very sad for them,” he said speaking to ABC Radio Australia.

Getting to a position of Olympic qualification is also as much about what happens off the court as well as on it, and the VVF President Debbie Masauvakalo has been on this journey with the Vanuatu Women’s team from the beginning, over a decade ago.

While always finding it difficult to watch from the sidelines, she knows this team will pick itself up fairly quickly and focus on the next set of goals.

“Our team motto is – Together yumi go – meaning win or lose we are together,” she said.

“Our team had the best possible preparation we could offer in this current COVID environment.

“Unfortunately, we could not attend any lead-in tournaments to get competition ready, yet we performed very competitively against the Japanese, who have been playing in FIVB World Tour events this year.

Masauvakalo stressed her pride in the players and her hopes for a more representative road to future Olympic Games for Pacific countries.

“On average we were the youngest team competing with four of our five players under the age of 24 years, so the future is bright, especially with strong leadership from Miller Pata our most experienced player,” she said.

“We hope that the future Olympic qualification system for beach volleyball gives Oceania countries a fairer chance to qualify for the Olympic Games, like that of Soccer and what other sports have done, giving Oceania an Olympic berth, rather than having to qualify through Asia.”

Coach Federica Tonon was also reflecting on what’s to come when she spoke with Pacific Beat’s Richard Ewart on Monday.

“16 months is a long time to not be competing. The girls did everything that was possible; they never complained, they worked hard,” she said.

Next time will no doubt refer to, not only the return to international FIVB competitions when possible, but more especially the big events such as the 2022 Commonwealth Games in Birmingham in the UK just 12 months away.

VVF is grateful for the love and support it receives from the people of Vanuatu and organisationally from the Vanuatu National Olympic Committee (VASANOC), the IOC, FIVB and the Australian government through the Pacific Aus Sports program.

Also, from its major sponsors P&O Cruises Australia and Titan FX in Port Vila, as well as its many in-kind sponsors and supporters around Vanuatu, the region and the world. 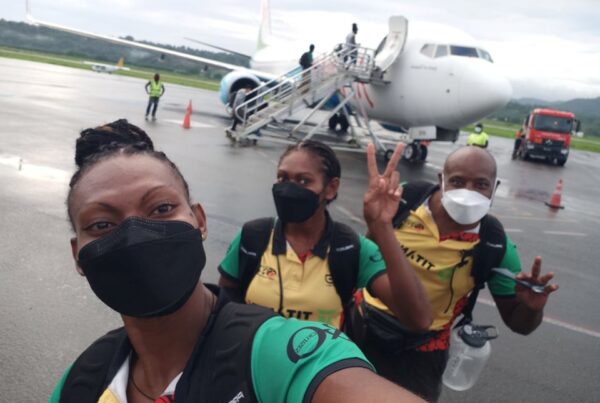 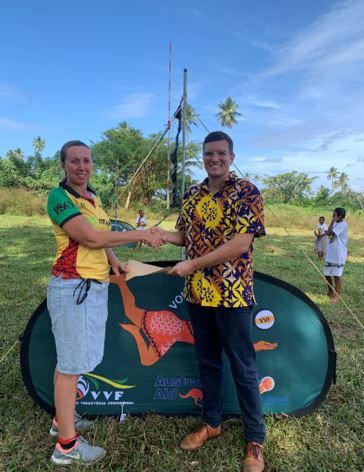 ‘Field of Dreams’ beach volleyball courts to be built in Luganville 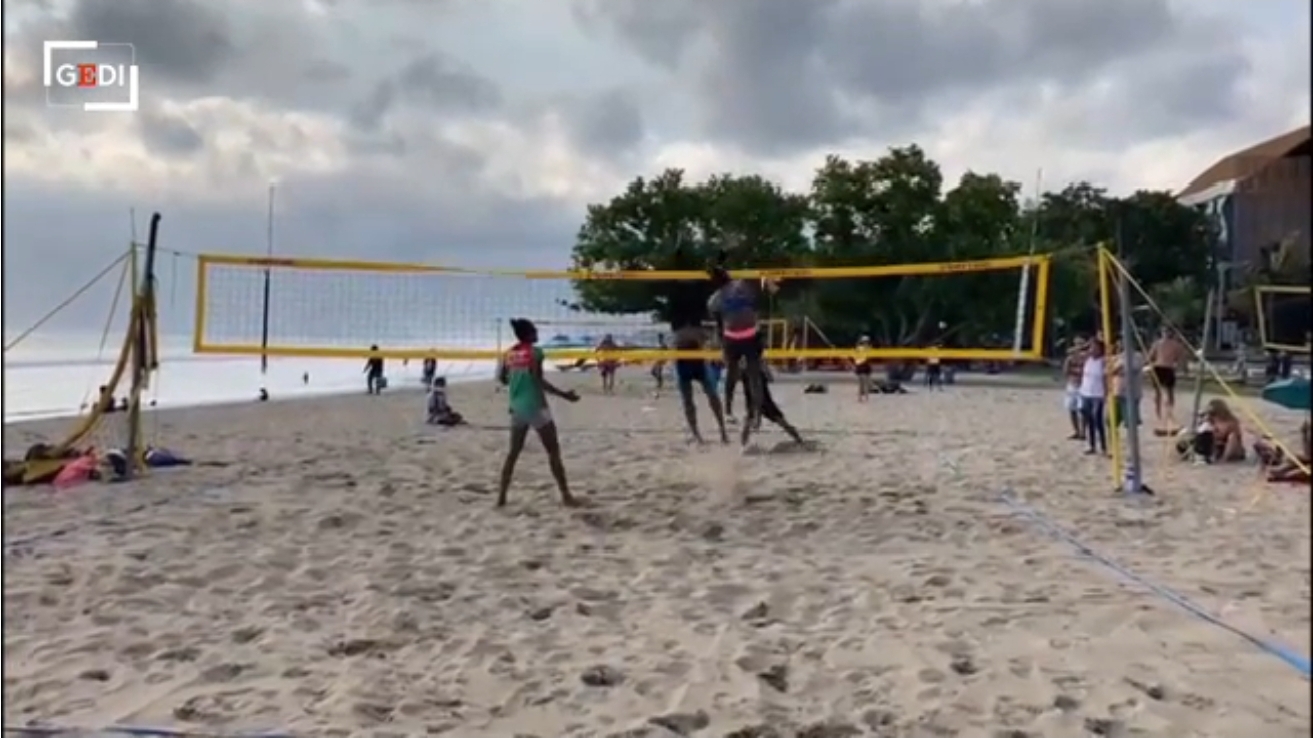 From Vanuatu to Thailand, the stages of Federica Tonon’s team to conquer the Olympics