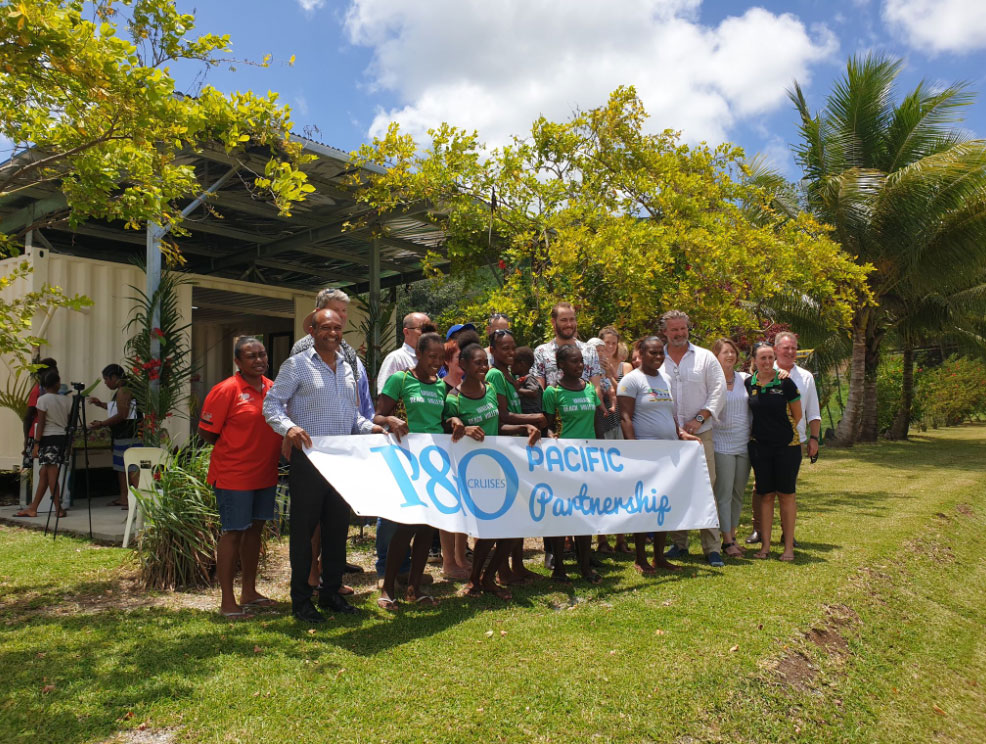 Vanuatu Volleyball has taken another big step forward in its development pathway with the opening on Friday 24 January, of a new gym which has been erected at the Stade beach volleyball courts in Port Vila.

The opening ceremony was attended by caretaker Minister of Sports Francois Chani, President of VASANOC and other key stakeholders and supporters. More importantly, P&O Cruises President Sture Myrmell was also present and had the honour of cutting the floral decorated ‘ribbon’ provided for the occasion.

“What the girls have achieved on the volleyball courts already is remarkable,” he said as he stepped up to address the VVF players, staff and supporters at the opening.

The ongoing generous support of P&O Cruises for volleyball in Vanuatu has enabled the construction of this new high performance facility and will see not only the national team put it to good use but those in the emerging youth development squads as they learn about the importance of good physical fitness through strength and conditioning training.

The gym, consisting of two shipping containers purchased by P&O and repurposed by Vanuatu Shipping Services over the past four months, is being set up with equipment provided by VASANOC which will support key weight and cardio training programs.

With busy months ahead, as the national women’s players train and compete across the region including New Zealand, Australia and Asia, unhindered access to their own fitness space will prove to be another key difference in developing and sustaining their ability to participate at the top level of the sport.

In the bigger picture, P&O has also been helping VVF with the travel and accommodation costs for Team Vanuatu which can often prove prohibitive for small nations trying to compete on the international sporting landscape.

Vanuatu Volleyball President Debbie Masauvakalo underlined the benefits reaped from the support of P&O over the past few years.

“P&O has been a blessing, enabling us to get to where we need to go around the globe and compete at the highest level. We could not have achieved what we have in recent years without that support.”

The funding from the leisure cruise industry giant comes through its Pacific Partnership program funded by its travelling guests, for which VVF and Vanuatu is sincerely grateful.