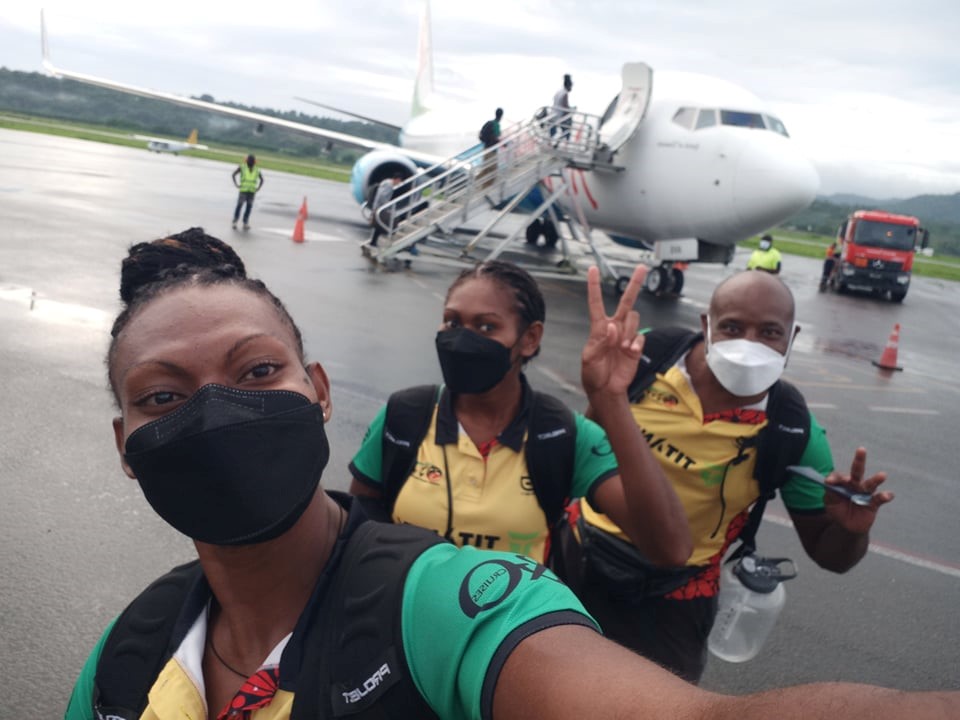 The Vanuatu National Women’s Beach Volleyball team heads off this week for what will be months ‘on the road’, taking the first steps back into international competition, which will culminate in the mini-Pacific Games in the Northern Marianas in June and the Commonwealth Games in Birmingham, in the UK, in July. 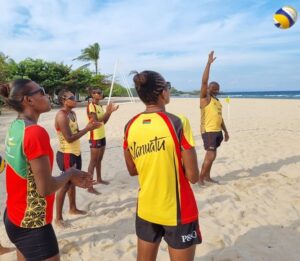 With a view to the future, Sherysyn Toko and Majabelle Lawac will be joined by new coach Steve Anderson – long-time friend and advocate of Vanuatu Volleyball.

Anderson had previously coached the Vanuatu national team, over a decade ago, and has now returned to take up that mantle again and to see the Women’s team and the volleyball program through to its next phase, ahead of what is expected to be a busy decade ahead.

While Anderson has continued to coach across the globe, he has always stayed in touch with the organisation and program and in fact accompanied them last year, supporting their then coach Federica Tonon, to the Olympic qualifier.

His current coaching role is made possible through the ongoing support of the International Federation of Volleyball and its ‘Coach Support for Development of the National Teams’ program.

The FIVB has supported the Vanuatu Women’s beach volleyball team through this program since 2019, including the tenures of Michel Bargmann, Tonon and now Anderson.

Team Vanuatu will fly out to Thailand on Friday to compete in the Volleyball World Beach Pro Tour Futures Songkhla Open from 14-17 April.

The next leg of their journey will take the trio to Qatar where Toko and Lawac will compete in the Volleyball World Beach Pro Tour Challenge in Doha from 5-8 May.

While these two women have trained together for several years now, they have never partnered in international competition, but Anderson believes it is important for them as athletes and team members, to explore their roles in both leadership and performance for Team Vanuatu.

“You have two people who can be the leader and the performer depending on what the need is,” he said.

“So, with this new team, going away for competitions without Miller puts Tini (Toko) in that role. It’s about the process and her now being in the leadership role.”

Anderson emphasises the fact that with this, the program is then building a team for the future, which is getting world-class experience, enabling a transition process.

Despite her apparent youth, 24-year-old Toko started playing on the world volleyball stage for Vanuatu in 2016. Now in her 7th season, she is almost emulating her regular partner and mentor, champion player Miller Pata, who also began her illustrious representative career at the age of 17.

Pata will rejoin Toko next month in Australia to train for the upcoming Commonwealth Games in July.

For young Bella Lawac, the promise shown as a youth representative for Vanuatu over recent years has carried her through to her senior playing role. Lawac usually partners with veteran Loti Joe, with whom she will also reconnect at the training camp in Queensland in May, ahead of the pair heading to Saipan for the mini-Pacific Games in June.

Team Vanuatu has not competed internationally since playing in mid-2021, where they finished 5th at the Asian Continental Cup – Olympic Qualification event. So, with competition having been minimal over the past two pandemic-focused years, getting back onto the FIVB world tournament stage is seen as the next steps on the recovery road and much-needed preparation for upcoming major events.

Team Vanuatu is able to take these first steps back onto the international stage with the ongoing support of its major sponsors Titan FX and TradeNext.

All updates, tournament results and team news will be featured on the VVF social media platforms while the tournaments themselves can be streamed via the FIVB LIVE channel at https://www.volleyballworld.tv 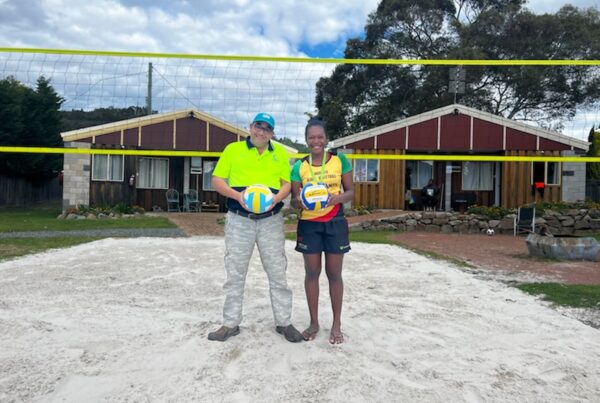