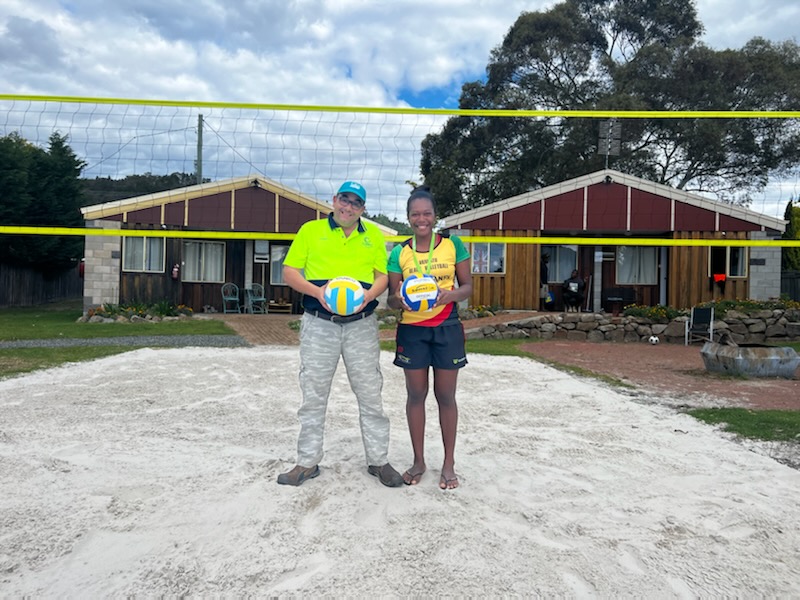 Sometimes, hard decisions have to be made!

For one of Vanuatu’s national beach volleyball champions, this has come in the form of taking an opportunity to earn extra income to help complete the building of her home in Port Vila.

Loti Joe travelled to Australia this month, to the regional Queensland town of Stanthorpe, where she will be picking fruit and veggies for the next six months.

Representing Vanuatu in beach volleyball on the world stage since she was a teenager, the 25-year-old recently made the tough decision to commit to joining the popular Seasonal Workers Program.

In making this call, Loti thought she was very possibly drawing a line under her representative beach volleyball career. But, as she came to learn, these two chosen paths were about to intersect.

Rodney Prestia is the CEO of I Comply, a labour and agricultural specialist services business in Queensland, and someone who believes strongly in creating a working environment which produces “not just better workers, but better people.”

With workers from Vanuatu, PNG and Solomon Islands making up his labour force, Prestia says volleyball is a popular activity and one he’s fostered outside of workhours, to give the workers a recreational outlet.

“It’s important for us to make sure they have those extra-curricula activities because they’re away from their families and the biggest issue with home sickness is boredom,” said Prestia.

“My crew are just one big happy family. And it creates a positive home environment in the complex and that’s what I really love.”

So, when Loti Joe’s application was one of 250 he reviewed, ahead of a recent worker intake, he couldn’t resist the opportunity to gain, not only a physically fit young worker, but a beach volleyball champion at that!

Prestia was so excited to have Loti join his Pacific ‘family’ that he built her a beach court on the home farm in Stanthorpe, two to three hours south-west of Brisbane.

Not only did he ensure the correct dimensions of the court and the net height, but he shipped in beach sand from the Gold Coast. 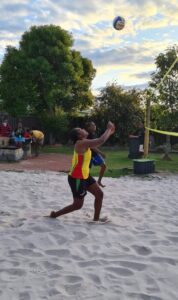 His plan is to enable Loti to train daily after work, in support of her desire to keep playing for Vanuatu, and of course add to the quality of play, when they all get together at the end of the farming workday, for a friendly hit.

Prestia has also been in discussions with VVF President Debbie Masauvakalo, offering to allow Loti occasional time off to play competitively, and even to sponsor her for the upcoming Great Ocean Road Volleyfest taking place in Victoria later this month.

Prestia says there are also beach courts at a larger facility in Gatton, two hours north of Stanthorpe, and noted that it is the Solomon Islanders in particular, who have been showing their skills on the sand. So having Loti as a new member of the local crew was definitely an incentive in evening up the odds at game time.

Prestia is even organising a tournament in December for all the Pacific Islanders in Stanthorpe and that he’s hoping Loti’s presence will be the X-factor for his homeside – so no pressure!

Understanding that the decision to leave home and head to Australia for labour work was a huge personal one for Loti, Prestia says he’s told her that he will support her in whatever she chooses to do when international playing opportunities arise.

This has immediately come into effect with Loti heading south to join her Vanuatu teammates for a week to play in the Victorian Open State Tour event and an FIVB World Tour Challenger event in the surf-coast town of Torquay.

Prestia jokes that the enthusiasm for outdoor activities and sports is so strong, and while volleyball is very popular, there are now requests for him to consider installing a cricket pitch, which is another popular sport played in these Pacific nations. 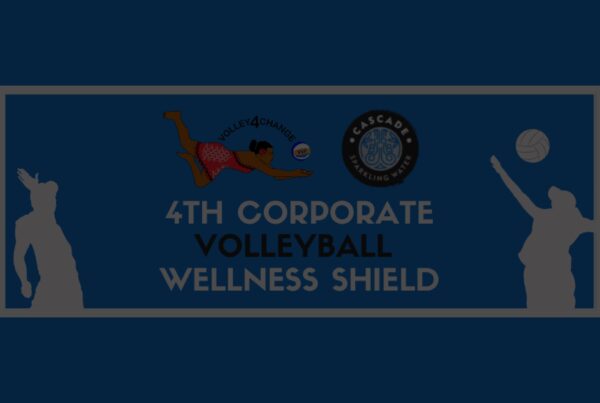